Six of the nation’s top 25 most overvalued housing markets are in the Sunshine State, which can expect to see a “prolonged period of unaffordability” even as prices in other regions of the country cool.

Recent studies by three South Florida universities and the University of Alabama point to the same high demand and low inventory as reasons for the homebuyer and rental angst experienced since the start of the pandemic, but the research also found future population growth in Florida will extend housing woes.

Fort Myers led the state as the most “overvalued” market in April with homebuyers paying 51% more than they should be based on historic pricing trends, according to a study by Florida Atlantic University and Florida International University. Lakeland was runner-up, with homes overvalued by 50%, followed by Tampa (49%), Melbourne (44.5%), Sarasota (44%), and Daytona Beach (44%).

The Gold Coast counties of Palm Beach, Broward, and Miami-Dade ranked 53rd in the top 100 market list nationwide, with homebuyers paying 27% overvalue. While the ranking puts southeast Florida in the middle of the nation’s housing malaise, the area is creeping up the ladder as previous leaders falter.

“When we first started this about a year ago, southeast Florida was in about 75th place, now we’re up near 50,” said FAU real estate economist Ken H. Johnson. “Ten years from now, we’ll be talking about how it was good to go through a growth spurt, but they create short-term real estate problems.”

The housing study considered population growth numbers from the Indiana Business Research Center at the Indiana University Kelley School of Business. According to the center, Palm Beach County could grow by 12% over the next decade, an addition of about 180,000 people.

Martin and St. Lucie counties are expected to see even bigger percentage gains in residents, at about 17.5% in both counties.

At the same time, areas such as Detroit and Memphis, Tenn., could see only a 1.7% and 0.8% population growth, respectively. With higher interest rates, that near-stagnant growth is something Johnson said could dramatically cool – if not topple – the housing market in some areas.

“There is a reckoning coming one way or another,” Johnson said. “Around the country, we are either going to continue to be unaffordable for a number of years, or a region could see a crash.”

The average interest rate on a 30-year fixed mortgage was 5.48% Thursday, an increase of 7 basis points over the past week, according to Bankrate.com. Rates as low as 2% in recent years fueled demand for homes.

That clamor for housing was exacerbated in South Florida by the pandemic when work-from-home edicts and extended lockdowns pushed people south.

“A lot of them are here to stay because they’ve seen what Florida has to offer,” said Ronald Pietkewicz, Bank of America's preferred lending market leader for Palm Beach County and the Treasure Coast. “We are poised to have a very hot market through 2022 and a very robust spring homebuying season.”

Still, most economists are not predicting the catastrophic housing crash of 2007-2009 when there was a surplus of homes nationwide and a market saturated with bad mortgages.

Renters are up against the same spike in prices as homebuyers, with Florida having five of the nation’s top 25 most overvalued rental markets, according to a study released this week by FAU, Florida Gulf Coast University, and the University of Alabama.

Palm Beach, Broward and Miami-Dade counties came in first place for the most overvalued rents, with people paying nearly 22% more than what they should based on historic pricing trends. Fort Myers was runner-up, with rents overvalued by 18%. Tampa was third at 17%, followed by Sarasota (16.9%) and Port St. Lucie (15.6%).

The first market listed outside of Florida was Killeen, Texas. Also in the top 10 for most overvalued rents are Lakeland, Bakersfield, Calif., Phoenix and Knoxville, Tenn.

“There are a lot of people being forced to reduce the size of their housing because of the higher prices,” said United Realty Group Realtor Tonsela Watts. “If a couple has two children, instead of living in a three-bedroom home with two bathrooms they are down to a two-bedroom apartment and one bathroom.”

Watts said she helped a client rent an efficiency apartment in Riviera Beach recently for $1,240 a month. Tenants in the same complex with current leases were paying only $550. That’s a price sure to increase when their leases renew, Watts said.

“I feel bad for people, but it’s beyond my control,” Watts said.

Landlords note that their costs are going up also with non-homesteaded properties getting hit with tax hikes and higher insurance premiums. A Singer Island landlord who didn’t want her name used out of concern her renters would read about her talking about raising their monthly payments said she’s had to increase leasing costs just to keep making the same money she did a year ago.

She’s considering turning two of her properties into short-term rentals to make up for the loss in revenue – a move that would take more rental homes for full-time residents off the market.

“Higher rents will persist until inflation comes under control and we build enough units,” said Shelton Weeks, FGCU’s Lucas Professor of Real Estate. “In the meantime, people will have to make hard choices.” 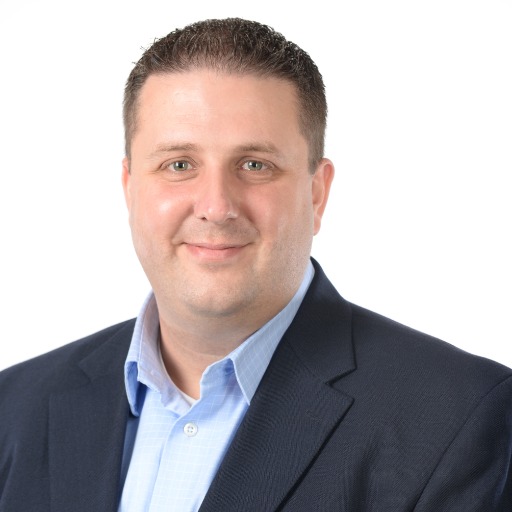 When experience counts, you can count on me!Kevin Johnson is the Chief Executive Officer and Managing Broker for the award-winning CENTURY 21 OneBlue and OneBlue Real Estate School. In his role as CEO....

Spruce Up Your Curb Appeal

With spring in full bloom, it’s time to get outdoors and show those weeds who’s boss. Take some time this weekend to really spruce things up a bit, especially when you’re

Sellers Have an Opportunity as Home Prices Re-Accelerate

As mortgage rates started to rise this year, many homeowners began to wonder if the value of their homes would fall. Here’s the good news. Historically, when mortgage rates rise by a

Are you sure you want a pool? Read before you jump in...

© Justin Paget - DigitalVisionA Swimming Pool Isn’t Always a GoldmineShareFacebook Twitter LinkedIn Print May 19, 2022Pools can be a selling point for some homes—

5 Things You Must Do Before Buying A Home

Have you ever had a “wish I knew that sooner” moment? Don’t feel bad it happens to the best of us. Luckily I’m here to make sure that moment never happens. A lot of potential

By registering, you agree to our terms of use and that real estate professionals from CENTURY 21 OneBlue and lenders may call/text you about your inquiry, which may involve use of automated means and prerecorded/artificial voices. Message frequency varies. Text HELP for help or STOP to cancel. You don't need to consent as a condition of buying any property, goods or services. Messages/data rates may apply. Additional information about data use is in our privacy policy.